Are You looking for A Security Company With Competitive Pricing, Good Track Record Which Also Includes Over 25 Years Of Experience?

As A Security Company With Over 25 Years of Experience We Are Able To Advise You On The Best Options For Yours, Your Family And Business Security Requirements.

Or Simply Send Us Your Details On The Inquiry Form And We Will Contact You!

Astron was established in 1984.
They developed their own wireless intruder detection system.

In the early years security was more of a luxury than a need. The Astron 3000 revolutionised security system technology as there was no need for any cabling, still in use in other conventional systems. This made Astron a market leader. Branches were opened countrywide and the sales sky- rocketed. Astron became a household name and the gold standard in the security industry.

As crime increased and criminals became more violent, security became a necessity. Advances needed to be made and a new product called Astron 3208 was introduced. This was a hard wired system. Technological advances in intruder detection equipment now made it possible to have a combination of wired and wireless equipment. Some of the Astron branches expanded to include Armed Response division’s .These were eventually sold to larger firms.

ADT launched their marketing campaign in 2001 with a rent alarm concept. Customers had an option to rent an alarm system as opposed to buying one. In turn, customers were required to sign a thirty six month agreement for the services they offered. We then became an Authorised Adt dealer in 2001.For over nine we were an Adt dealer and in April 2010 we cancelled our dealership.

In April 2010 we became the authorised Chubb security installer.
For the latest Chubb offer click here.

Denzil George has been in the Security Industry for over 20 years. He started off his career as a wireman and progressed to Technical manager. In 1999 he started his own company. He is trained in every aspect of Intruder Detection Systems from alarms, CCTV, Access Control and Electrified Fencing to external protection. He joined ADT as a dealer in 2001 and has consistently been a top 10 Dealer in SA since.

His company has received a number of accolades:

Denzil has been trained up in Direct Sales and developed his company to encompass a successful marketing division. This department includes the training of dynamic door to door sales teams and a fully functional call centre.

We also offer finance options on all our security products.T&C’s

Get Your DIY EBook To Protect Your Home & Family For Only R197.00 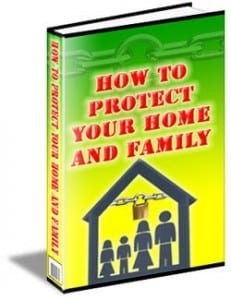 Cashback On Your Purchases